Where is the church? It’s a rhetorical question I know, but really, where are the Christian leaders? Pastors? Preachers? Christian men? I really am increasingly disturbed by the fact that the modern church is rolling over so easily. I guess it shouldn’t surprise us, if history has shown us anything, it is that it repeats itself. Mostly because we are to ignorant to learn from our past.

Hitler rose to power with the backing of church to a large degree, Jews went to the death camps while the church sang louder. And so here we are again, in the same sort of mess and no real leaders. What am I talking about? Look around your church, I’d be willing to bet that the pastor and the leadership team is encouraging you to wear a mask to the service, if they are opening the doors at all. Why? Because the government said to, and we are supposed to under submission to the ruling authorities.

They are quick to quote Romans 13, but let me ask you this, who wrote Romans, including chapter 13? If you said Paul, 2 points for you. Paul wrote a number of books in the Bible, and I ask, where was he when he wrote a good number of these books? If you said prison, another 2 points for you. Now, why was he in prison??? BECAUSE HE REFUSED TO BOW DOWN TO A TYRANNICAL GOVERNMENT THAT TOLD HIM TO QUIT PREACHING CHRIST AND HIM CRUCIFIED!!!!! In fact a number of the early disciples all spent time behind bars or were beaten, or killed, because they were told to quit teaching by a ruling authority and they continued in defiance. So where does Romans 13 come into play?

According to Romans 12:18 we are told “If it is possible, as much as depends on you, live peaceably with all men.” We are not supposed to go looking for trouble. There are times when as believers we need to agree to disagree, shake the dust form our feet and move on. Even on some matters concerning government.

Romans 13:1 says, “Let every soul be subject to the governing authorities. For there is no authority except from God, and the authorities that exist are appointed by God.”

This is the verse that so many churches draw on to show why we as believers should do whatever is asked, by using the excuse, we are “just following orders”. They say, “God put the government there and I am supposed to be obedient, so even though I don’t like it, I’ll go along.”

However, Exodus 20:3 God states that we are to “have no other gods before me”.

Romans 13 is in play until the government, ruling class, authority over you, whatever you want to call it, decides that it is the final arbiter and sets itself up in the position reserved for God alone. When the state or the government moves to exclude God and to erect itself in that position, a Christian has an obligation before God to resist, and bear the penalties should they come. This means that resistance has consequences from those whose power you are resisting.

Case in Point – Daniel – He knew that the “royal statute” had been passed stating that no one should be petitioning any god or man other than king Darius, and by our churches standard today, he should have just sat quietly and said, God will be there in 30 days when this statute is over and then I’ll be able to pray again. But instead he went to his upper room as he always did, and prayed like he always did. Regardless of the consequences. Because he knew that God’s law was greater than man’s law and the statute passed by Darius was a move to supplant God’s position.

Case in point #2 – Shadrach, Mesach and Abednigo – Again, the government made a move to take over a position reserved for God alone. Three men stood against the forces arrayed, knowing the consequences.

But I can hear those of you saying “those are Old Testament, we are not under the Old Testament any more”. Fine, how about Acts 4:13 “Now when they saw the boldness of Peter and John, and perceived that they were uneducated and untrained men, they marveled. And they realized that they had been with Jesus. 14 And seeing the man who had been healed standing with them, they could say nothing against it. 15 But when they had commanded them to go aside out of the council, they conferred among themselves, 16 saying, “What shall we do to these men? For, indeed, that a [a]notable miracle has been done through them is evident[b] to all who dwell in Jerusalem, and we cannot deny it. 17 But so that it spreads no further among the people, let us severely threaten them, that from now on they speak to no man in this name.”
18 So they called them and commanded them not to speak at all nor teach in the name of Jesus. 19 But Peter and John answered and said to them, “Whether it is right in the sight of God to listen to you more than to God, you judge. 20 For we cannot but speak the things which we have seen and heard.” 21 So when they had further threatened them, they let them go, finding no way of punishing them, because of the people, since they all glorified God for what had been done. 22 For the man was over forty years old on whom this miracle of healing had been performed.

Now they were commanded by the ruling authority to speak to “no man in this name”, and what did they do? They defied the authorities to continue as they had been doing. This continues, and shortly there after Steven is stoned to death and the church is scattered.

So, do I take issue with the Church blindly following a mask “mandate”. You bet I do, not because a mask is evil in itself, but because Christians have become so blind that they don’t bother to ask “why?” Why would the state ask me to put on a mask that doesn’t even protect me from a virus sized particle? Why would my pastor encourage me to follow a government that is increasingly usurping God’s rightful position? Where is my church going to draw the line? When is enough, enough?

The fact of the matter is, Church is a business now. People in the seats, money in the offering. Sure they do some good things but as a whole the church has become nothing more than a shiny version of the world …We don’t preach against sin, sure we give it lip service but we won’t confront sin biblically. We don’t disciple, we have a discipleship class but we don’t take a young man or woman under our wing and live life with them for the next 20 years and encourage them to do the same with the next generation. We don’t take a stand if it might upset the people in the pews. We don’t even seem to care what the Bible really says, because if we did, Romans 13 would be a wake up call, not a order to sit down and shut your mouth.

Next time someone says you are to be in submission to the governing authority because it’s God ordained, look them in the eye and say “So, I guess your good with abortion then? Because the ruling authorities have said that’s ok under the law as well”. See what they say.


As for me and my house, we will serve the Lord.

The MISSION at Our: EXTENDED LIFE Christian Training Ministry

is ...to promote holiness, healing and deliverance from (sin/error and demons); and also bring prophetic warnings and messages with the MAIN OBJECTIVES of MATURING and SANCTIFYING the body of Christ by: *Bringing AWARENESS of Satan's evil devices. *Releasing God's call to REPENTANCE and for all people to turn from sinning by turning to Jesus Christ as a true follower. *Sounding God's PROPHETIC WARNINGS of impending judgments for America and the nations of the world. *By TEACHING & INFORMING God’s people by offering FREE resources

Karen Connell began her teaching ministry in 1985 and is also the co-founder of Extended Life Christian Training Ministry, in which, she co-pastored alongside her husband Garry, beginning in 1995. As a teacher, deliverance prayer counselor, and conference speaker, Karen is also the author of ten books, including ANATOMY FOR DECEPTION: If Possible Even the Very Elect Will be Deceived. Currently she is active in her watchman ministry, to which she was called to enter in 2008, delivering her prophetic insights and warnings to God’s people, concerning these endtimes, through her ministry website and through her bi-monthly publication, Trumpet Sounds Newsletter. For more about this ministry go to the ABOUT US tab on the menu.

CHECK OUT THESE AUDIO AND VIDEO TEACHINGS

FOR THOSE WHO HAVE EARS TO HEAR

TO READ THE LATEST EDITION OF OUR TRUMPET SOUNDS NEWSLETTER: CLICK HERE 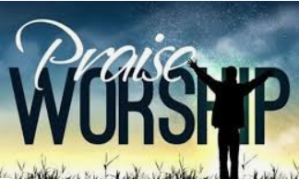 TO LISTEN TO MORE OF KAREN’S MUSIC CLICK HERE

DON’T BE AMONG THE DECEIVED!

THIS BOOK IS A MUST READ FOR EVERY BORN AGAIN CHRISTIAN! Deception is running rampant in the body of Christ in these end times. This book explores the many avenues that Satan and his army of demonic influences are operating from so that IF POSSIBLE EVEN THE VERY ELECT WILL BE DECEIVED! This is a must read for all serious followers of Jesus Christ.

TO READ THIS BOOK NOW ON LINE CLICK HERE

In order to become a true saint and part of the spotless Bride of Christ, God’s people must go through the process of sanctification that results in our healing and deliverance. This is an indispensable resource for those who are true disciples of Jesus Christ! To READ ON LINE or request a free copy CLICK HERE

Read these Watchman Reports online or order FREE copies! Help us spread the Word of Truth to bring awareness to God’s people!!